With a career spanning almost four decades, GRAMMY® Award-winning violinist Joshua Bell is one of the most celebrated violinists of his era. Having performed with virtually every major orchestra in the world, Bell continues to maintain engagements as a soloist, recitalist, chamber musician, conductor and Music Director of the Academy of St Martin in the Fields.

Bell’s highlights in the 2021-22 season include the Academy of St Martin in the Fields at the 2021 BBC Proms, throughout Europe, and the U.S. on tour; returning with the Philadelphia Orchestra for a play/conduct program, to the Verbier Festival, the Minnesota Orchestra, and the New York Phiilharmonic; and tours with the Israel Philharmonic and NDR Elbphilharmonie Orchestra as a soloist. Additional 2021-22 performances to be announced.

Born in Bloomington, Indiana, Bell began violin at age four, and at age twelve, began studies with Josef Gingold. At 14, Bell debuted with Riccardo Muti and the Philadelphia Orchestra, and debuted at Carnegie Hall at age 17 with the St. Louis Symphony. At age 18, Bell signed with his first label, London Decca, and received the Avery Fisher Career Grant. In the years following, Bell has been named 2010 "Instrumentalist of the Year" by Musical America, a 2007 "Young Global Leader" by the World Economic Forum, nominated for six GRAMMY® awards, and received the 2007 Avery Fisher Prize. He has also received teh 2003 Indiana Governor's Arts Award and a Distinguished Alumni Service Award in 1991 from the Jacobs School of Music. In 2000, he was named an "Indiana Living Legend."

Bell has performed for three American presidents and the sitting justices of the Supreme Court of the United States. He participated in Barack Obama's Committee on the Arts and Humanities' first cultural mission to Cuba, joining Cuban and American musicians on a 2017 Live from Lincoln Center Emmy nominated PBS special, Joshua Bell: Seasons of Cuba, celebrating renewed cultural diplomacy between Cuba and the United States.

American virtuoso violinist Joshua Bell will present three recitals in China from September 5th to 7th. Concerts will take place at the National Centre for the Performing Arts(Beijing), Shanghai Oriental Art Center(Shanghai) and Jiangsu Grand Theatre(Nanjing). He will perform Beethoven Sonata No.5 in F Major, Grieg Sonata No.3 in C minor, Prokofiev Sonata No.2 in D Major and END_OF_DOCUMENT_TOKEN_TO_BE_REPLACED

The Academy of St Martin in the Fields, together with its Music Director Joshua Bell, completed their tour in Asia from 26th May to 31st May in 2018. Armstrong Music & Arts was pleased to cooperate with Sally Rogers, representing Wright Music Management (formerly ICA) on this tour. The tour repertoire, as selected by Joshua END_OF_DOCUMENT_TOKEN_TO_BE_REPLACED

Be the first to review “Joshua Bell” Cancel reply 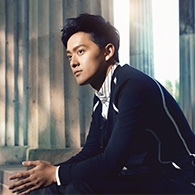 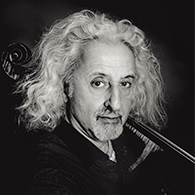 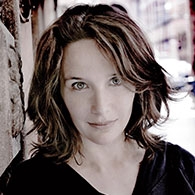 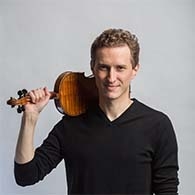