At the moment, the French clarinetist Michel Lethiec is considered to be one of the most eminent figures on the world-wide classical musical scene. Besides his numerous concert and festival performances, he is also devoted to teaching and participates actively in the research and the distribution of the repertoire.
He has played as a soloist and chamber musician with the most eminent performers such as A. Noras, L. Kovakos, G. Hoffmann, F. Helmerson, G. Sharon, R. and B. Pasquier, H. Shaham, Y. Bashmet, G. Caussé, P. Gallois, J. Menuhin, R. Gothoni, J.F. Heisser, J.-C. Pennetier, M. Rudy, V. Mendelssohn, P. Amoyal, J.J. Kantorow, P. Csaba, M. Martin, Y. Gandelsmann, I. Golan…. and the Talich, Enesco, Artis, Fine Arts, Amati, Prazak, Shanghai, Lindsay, Chilingirian Quartets…

Besides his concert performances he is regularly invited to give master classes in international schools and festivals.

His recordings include more than twenty compact discs, among which are two Grand prix du Disque (“Ascèses” by Jolivet and “Contrasts” by Bartók, with G. Poulet and N. Lee), for Lyrinx, Arion, RCA, Bis, Talent, Actes Sud.

He has recorded the three Concertos by Penderecki (with the Saint-Petersburg Camerata conducted by K. Penderecki and E. Leducq) as well as a CD devoted to the chamber music works of the same composer (Naxos), the Concerto by Vanhall (Talent) and the Préludes et Danses by Lutoslawski (Arion), “Luminarium” by Maratka (Arion, with the Talich Orchestra Prague) Sonatas by Auric, Honegger and Poulenc (with C. Ivaldi). “Porgy and Bess” Suite for clarinet and strings is now available (Naxos), as soon as Golijov “ Dreams and Prayers of Iasac the blind “ and Bloch “ Jewish Life ‘ ( with Artis and Itamar Golan, Saphir )

He teaches at the Conservatoire National Supérieur de Musique de Paris and at the Nice Conservatoire and he also participates regularly in international competitions ( Geneva, Leipzig, Prague, Osaka, Munchen…) as a jury member.

He is the Artistic Director of the prestigious Festival Pablo Casals in Prades.

Be the first to review “Michel Lethiec” Cancel reply 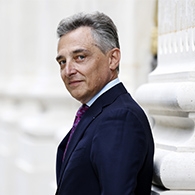 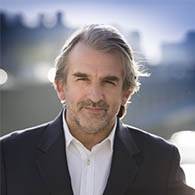