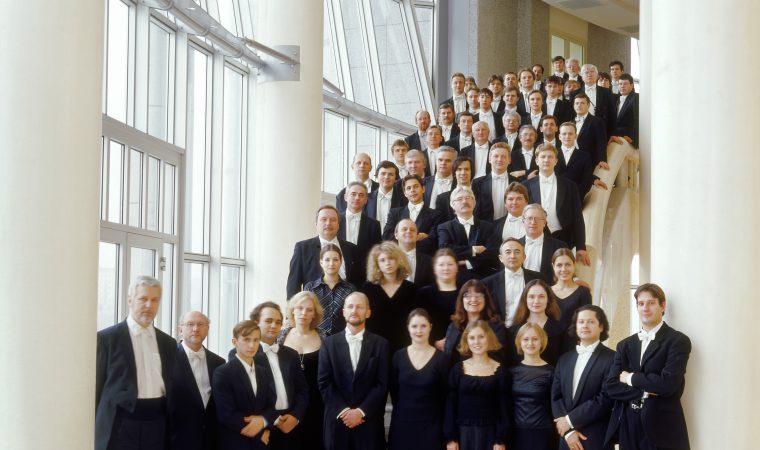 The Russian National Orchestra was founded in 1990 by pianist and conductorMikhail Pletnev and today is widely recognized as one of the world’s top orchestras.
The first Russian orchestra to perform at the Vatican and in Israel, the RNO maintains an active international tour schedule, appearing throughout Europe, Asia and the Americas. The RNO is a frequent visitor to major festivals such as Edinburgh, Shanghai and the BBC Proms. The orchestra presents its own RNO Grand Festival each September to open the Moscow season, and is the founding orchestra of Festival Napa Valley, held every July in California’ s Napa Valley.
The orchestra’s critically acclaimed discography, launched with a 1991 CD cited as the best recording of Tchaikovsky’s Pathétique in history, now numbers more than 80 recordings on Deutsche Grammophon, Pentatone and other prestigious labels. Notable releases include the complete Beethoven symphonies and piano concertos on Deutsche Grammophon and Tchaikovsky’s six symphonies for Pentatone. The orchestra’s Shostakovich project, also on Pentatone, has been cited as “the most exciting cycle of the Shostakovich symphonies to be put down on disc, and easily the best recorded” (SACD.net).
The RNO’s recording of Prokofiev’s Peter and the Wolf and Beintus’s Wolf Tracks, conducted by Kent Nagano and narrated by Sophia Loren, Bill Clinton and Mikhail Gorbachev, received a 2004 Grammy Award, making the RNO the first Russian orchestra to win the recording industry’s highest honor.
The orchestra’s recording of Shostakovich’s Symphony No. 7, conducted by Paavo Järvi, was awarded the prestigious Diapason d’Or de l’Année2015 as the year’s best symphonic album, and nominated for a 2016 Grammy award. 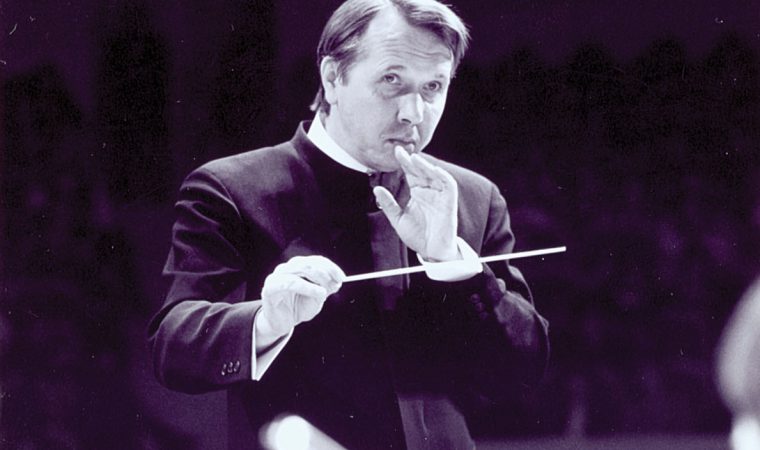 Mikhail Pletnev’s genius as pianist, conductor and composer enchants and amazes audiences around the globe. He was Gold Medal and First Prize winner of the 1978 Tchaikovsky International Piano Competition when he was only 21, a prize that earned him early recognition worldwide. An invitation to perform at the 1988 superpower summit in Washington led to a friendship with Mikhail Gorbachev and the historic opportunity to make music in artistic freedom.

In 1990 Pletnev formed the first independent orchestra in Russia’s history. Many of the country’s finest musicians joined Pletnev in launching the Russian National Orchestra. Under his leadership, the RNO achieved in a few short years a towering stature among the world’s orchestras. Pletnev describes the RNO as his greatest joy and today continues to serve as its Artistic Director and Principal Conductor.

Pletnev’s performances and recordings have proved him to be an outstanding interpreter of an extensive repertoire, both as pianist and conductor. His recordings have earned numerous prizes including a 2005 Grammy Award for the CD of his own arrangement, for two pianos, of Prokofiev’s Cinderella. He received Grammy nominations for a CD of Schumann Symphonic Etudes (2004) and for his recording of Rachmaninov and Prokofiev Piano Concertos No. 3 with the RNO and conductor Mstislav Rostropovich (2003). His album of Scarlatti’s Keyboard Sonatas (Virgin/EMI) received a Gramophone Award in 1996. BBC Music Magazine called the recording “piano playing at its greatest… this performance alone would be enough to secure Pletnev a place among the greatest pianists ever known.” His recording of the complete Beethoven symphonies and piano concertos (Deutsche Grammophon) was named “Best of 2007” by The New Yorker magazine.

Pletnev’s compositions include works for orchestra, piano, strings and voices. His unrivalled transcriptions for piano of Tchaikovsky’s Nutcracker Suite and Sleeping Beauty were selected for the 1998 anthology “Great Pianists of the 20th Century” (Philips Classics).

Today he is one of Russia’s most respected and influential artists. An advisor on Russia’s Cultural Council, in 2007 Pletnev was awarded a Presidential Prize for his contributions to the artistic life of the country. Pianist, conductor, composer and cultural leader — all are significant facets of Mikhail Pletnev’s life as an artist. Yet he considers himself, simply, a musician.

Yu-Chien (Benny) Tseng is rapidly building an international reputation as an emerging young soloist of enormous promise praised for his “grace, poise, and blistering virtuosity.”

Signed to Deutsche Grammophone in 2016, his first project, a recital disc “Reverie”, was recorded in Berlin in October 2016 and released in January 2017. His second album, recorded with Maestro Mikhail Pletnev and the Russian National Orchestra, featuring Tchaikovsky Violin Concerto and other celebrated works by the composer, was released in November 2018.