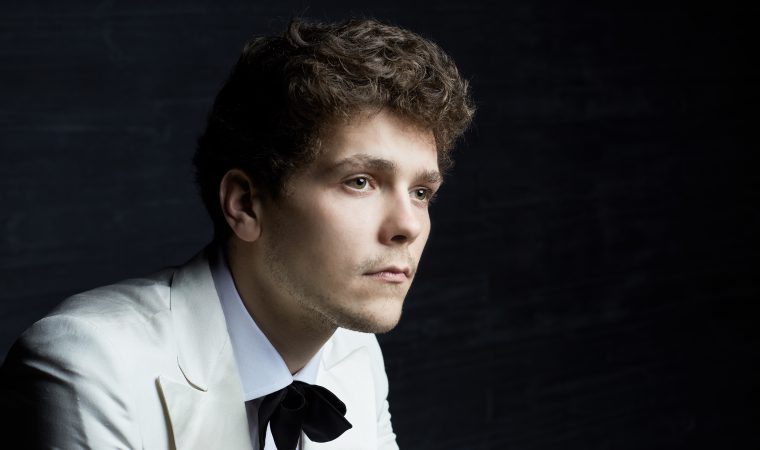 Szymon Nehring is one of the most gifted and promising pianists of the younger generation in Poland. He is the only Pole to win the First Prize at the Arthur Rubinstein International Piano Master Competition in Tel Aviv, one of the most important piano competitions in the world.
In autumn 2017 he began his studies with Prof. Boris Berman at Yale School of Music. He studied at the Academy of Music in Bydgoszcz in the class of Prof. Stefan Wojtas, with whom he worked since 2013. Before that, he studied piano in the class of Olga Łazarska at the Mieczysław Karłowicz Primary Music School in Kraków and at the Fryderyk Chopin Secondary Music School in Kraków for 11 years.
In 2014 he won First Prize at the Arthur Rubinstein in Memoriam International Competition in Bydgoszcz. In 2015 he received a Krystian Zimerman scholarship and performed in the finals of the 17th Fryderyk Chopin International Piano Competition to win an Honourable Mention, the Audience Prize as well as a number of extra prizes. In 2017 he won the First Prize at the Arthur Rubinstein International Piano Master Competition in Tel Aviv as well as several extra prizes, including the Best Performance of a Chopin Piece Prize.
His debut CD with music by Polish composers received the Fryderyk Award 2016 from the Polish Phonographic Academy (in the category Album of the Year – Solo Recital), the Joker from Crescendo magazine, and the Supersonic Award from Pizzicato magazine. The year 2016 saw the release of the artist’s two albums: Chopin’s Piano Concertos with the Sinfonietta Cracovia orchestra conducted by Jurek Dybał and Krzysztof Penderecki, as well as Krzysztof Penderecki’s Piano Concerto “Resurrection” under the composer’s baton. The artist’s latest recording includes Chopin’s works performed on a period instrument (Erard 1858).
Szymon Nehring has given concerts in Russia, China, Ukraine, Estonia, Hungary, Romania, Austria, Germany, France, Norway, Italy, Israel, Argentine, Brazil, Chile, Canada, and the United States.
He has performed with orchestras such as the Warsaw Philharmonic Orchestra, Santander Orchestra, Polish Sinfonia Iuventus Orchestra and the majority of Polish orchestras, the Israel Symphony Orchestra, the Bamberger Symphoniker, L’Orchestre Philharmonique de Marseille, the Hartford Symphony Orchestra, the Calgary Symphony Orchestra and the Orchestra of the Eighteenth Century, collaborating with conductors including Jerzy Maksymiuk, Jacek Kaspszyk, Grzegorz Nowak, Pablo Heras-Casado, Karina Canellakis, Giancarlo Guerrero, Omer Meir Wellber, John Axelrod, Lawrence Foster, and Krzysztof Penderecki.
The artist’s recent concerts include performances at Hamburg’s Elbphilharmonie, Copenhagen’s DR Koncerthuset, Barcelona’s Palau de la Música Catalana, Berlin’s Konzerthaus, Vienna’s Musikverein.
Szymon Nehring is represented by the Ludwig van Beethoven Association